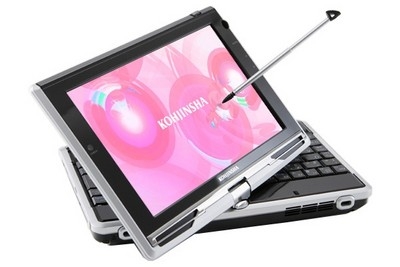 I have to admit, I don’t generally pay that much attention to Kohjinsha computers. The Japanese company rarely releases products in the US, and they tend to be pricier than most netbooks. But the Kohjinsha SK3 looks pretty interesting. This netbook has a 7 inch touchscreen display which can be folded down over the keyboard for use in tablet mode.

The Kohjinsha SK3 sells for about $730 in Japan, which may sound like a lot, but by Japanese standards it’s actually not bad. But there is a catch. The computer ships with a 17Whr battery which Kohjinsha claims is good for 3.2 hours. Of course, laptop batteries almost never live up to the manufacturer’s battery life estimates, so you’ll probably be lucky to get 2.5 hours of run time out of the battery.

One reply on “Kohjinsha launches SK3 touchscreen netbook in Japan”