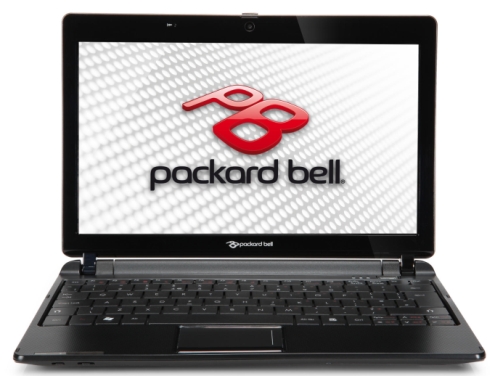 Packard Bell has unveiled the Dot M/A mini-notebook in Belgium. And if this 11.6 inch laptop looks familiar, that’s because it’s exactly the same machine as the Gateway LT3100 which is available in the US. Not that this should come as a surprise to anyone. Both Gateway and Packard Bell are subsidiaries of Acer.

Like the Gateway LT3100, the Packard Bell Dot M/A has an AMD Athlon L110 64-bit processor and ATI Radeon X120 graphics. It’s not exactly a speed demon, but in some situations, this processor will outperform the Intel Atom. Atom based netbooks may have an edge with applications that take advantage of its hyperthreading capabilities though. The Athlon L110 is a single core CPU without any hyperthreading support.

The packard bell computer ships with Windows Vista, which means it’s not constrained to the usual netbook specs. Instead it has a 250GB hard drive, 2GB of RAM, and a 6 cell battery. The computer weighs about 2.75 pounds.

Netbook Wereld.be reports that the computer will be available in Belgium at the end of July for about 469 Euros or $658 US. The Gateway LT3100 is available in the US for $399 and up.