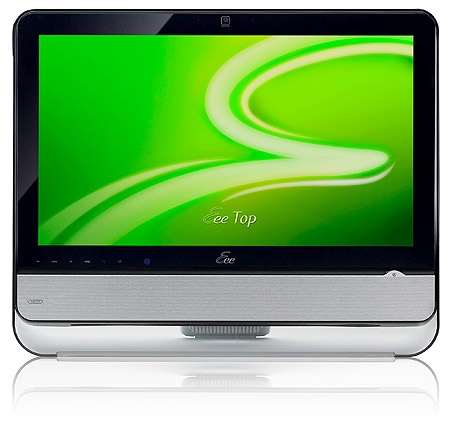 Asus has unveiled two new additions to its Eee Top all-in-one PC line. The original Eee Top ET1602 had a 15.6 inch touchscreen display. The new ET20 and ET22 models sport 20 inch and larger displays with resolutions as high as 1920 x 1080 on some models.

The only problem I see with these all-in-one computers that can act as replacements for your HDTV is that they’ll probably be obsolete before your TV is. As much as I love the idea of having a TV and home theater PC packed into the same box, it probably makes more sense economically to pick up an LCD HDTV and slap a small computer like the Acer AspireRevo on the back. That way when you want a more powerful PC with new features in a few yeas you can just replace the PC without throwing out the display at the same time.