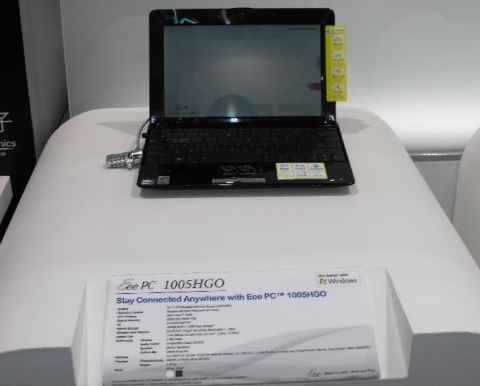 I’ve kind of stopped covering the news every time Asus launches a new netbook model with the word “Go” in it, because this is just the company’s way of pointing out that it’s added a 3G module to an existing computer. But I figured it was worth noting that there are a few new “Go” laptops on display at Computex for devices that haven’t officially been released yet.

via Eee PC.de, where you can find far more pictures of both laptops.

2 replies on “Asus adds 3G to everything – photos”