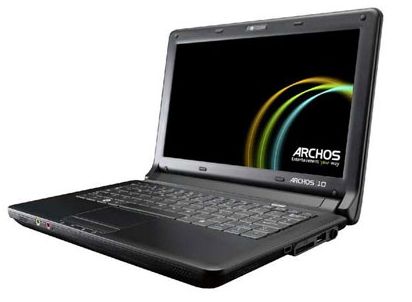 You may have noticed that practically ever netbook running Windows has the same specs: 1GB of RAM, a 160GB hard drive, probably an Intel Atom processor, and a 9 or 10 inch display. That’s largely because Microsoft is offering low cost Windows XP licenses to PC makers selling netbooks that meet these specifications. It helps keep the costs down while providing netbook makers with an operating system that’s been proven to work well on low power computers.

But you know what else works well? Ubuntu Linux. And you don’t need to handicap a PC to include a copy of the free and open source operating system. A handful of companies have offered Linux netbooks that have additional RAM or other features. And now Laptop Spirit reports that Archos has launched a version of the Archos 10 netbook with Ubuntu Linux, 2GB of RAM, and a 500GB hard drive.

The Archos 10 Ubuntu Edition is available now from Surcouf for 375 Euros or about $525.