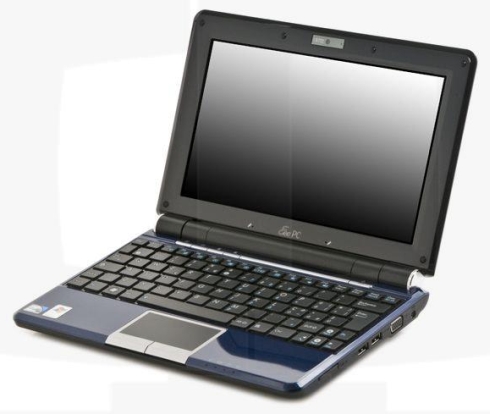 While Asus France may be talking about slimming its Eee PC lineup, it looks like Asus Italy is expanding with the launch of the Asus Eee PC 1000HV. Basically, the 1000HV is identical to the Asus Eee PC 1000HE, except that the new model features ATI Radeon HD 3450 graphics while older Eee PC models have integrated Intel GMA950 graphics.

In other words, this is the first Eee PC that should be able to handle serious video gaming duties. It should also provide better HD video performance, although I’m not sure how it will handle HD Flash video from sites like Hulu because I don’t know if Adobe Flash can offload some of the processing power to the graphics card. The 1.66GHz Intel Atom N280 CPU isn’t really up to the task.

Eee PC Italia reports that the Eee PC 1000HV will be available exclusively through the Computer Discount chain in Italy, for about 449 Euros, which is the equivalent of $627 US.

Here’s a run down of the computer’s specs:

One thing that’s interesting about this move is that Asus had previously decided that laptops with discrete graphics wouldn’t go in the Eee PC family. The company released the Asus N10 series of mini-laptops with NVIDIA GeForce graphics last year, but refused to slap the Eee PC label on them. Maybe the company is finding that the Eee PC name carries more weight these days than the name Asus?