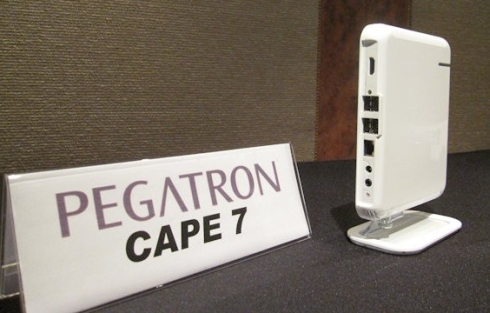 Acer may have been the first company to announce a tiny nettop desktop computer sporting the new NVIDIA ION platform, but it won’t be the last. The ION platform combines a low power Intel Atom CPU with an NVIDIA GeForce 9400M graphics processor to offer greatly improved graphics performance in some applications.

The two latest companies to announce ION powered nettops are ASRock and Pegatron. One of the most interesting parts of this announcement is that the ASRock PC will use a dual core Intel Atom 330 CPU instead of the single core Intel Atom 230 used in the Acer AspireRevo. That could provide enough of a boost to help the ASRock nettop excel in areas where the AspireRevo fails, like playing Flash video in full screen. But I haven’t had a chance to check out a dual core Atom with a high resolution screen yet, so I’ll try not to get my hopes up until I see one of these little guys in action.

NVIDIA claims that before the end of the year, 40 different devices based on the ION platform will come to market. No word on if or when we’ll see an ION-powered netbook. Because as cute as nettops are, they aren’t much use when you’re on the road.