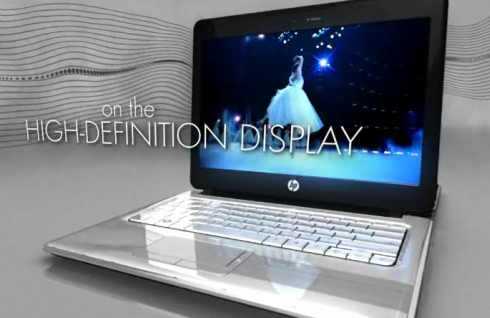 HP has begun taking orders for the HP Pavilion dv2. The notebook is quite clearly not a netbook. But with a 12 inch screen and a starting weight of 3.8 pounds, it’s designed to appeal to many of the people who were looking at netbooks for their portability, but wanted a bit more power.

This computer is the first to use AMD’s new Neo platform which bundles a reasonably powerful CPU with higher performance graphics than you’ll find in most Intel Atom-based netbooks. It also has a 320GB hard drive, 4GB of RAM, an ATI Radeon HD 3410 GPU with 512MB of video memory, a DVD-RW drive, and 802.11a/b/g/n WiFi. The screen displays 1280 x 800 pixels and the whole computer measures 11.5″ x 9.45″ x 1.29″. It’s big for a netbook, but small for a laptop.

The Pavilion dv2 has a starting price of $749.99 and HP says it’s ready to ship immediately. I’m still waiting for HP to send me a review unit, but in the meantime you can check out some reviews and first impressions from the following sites:

I’m intrigued by HP and AMD’s assertion that here’s room in the market for a device that’s larger, more powerful, and more expensive than a netbook, but still cheaper than a premium ultraportable laptop. But it remains to be seen whether customers will flock to a $750 PC that weighs 4 pounds when it’s not that hard to find a 5 or 6 pound laptop that’s much more powerful for around $500 or $600. There’s a part of me that thinks that people are willing to look at 3 pound, 10 inch netbooks and look at them as a different class of device from full sized laptops, while a 12 inch, 4 pound machine looks too much like a full sized laptop to avoid being compared to one.