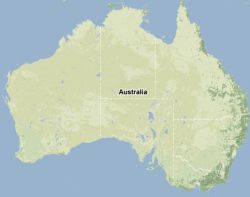 Research firm Gartner has put out a report claiming that this will be the “year of the mini-notebook” in the Asia Pacific region, with netbook shipments expected to grow by 82 percent from last year. You’ll have to pony up $1295 to read the full report, but the Cliff Notes version is available in the press release.

In a nutshell, Gartner expects netbooks to represent 14 percent of all mobile PCs shipped in the region by 2011. The Asia Pacific region includes Australia, Taiwan, South Korea, Singapore, China, Thailand, Indonesia, and the Philippines.

Gartner says netbook sales could grow by more than 40% this year in Australia alone.

Of course, there’s nothing particularly shocking about these numbers. For the first half of 2008 there were only a handful of mini-notebooks available. Today there are dozens, if not hundreds of models available throughout the world. So it’s hardly surprising to expect that more netbooks will ship in 2009 than shipped in the second half of 2008 (plus the relatively small number of netbooks shipped by Asus, HP, Everex, and a handful of other companies that were selling netbooks in early 2008).