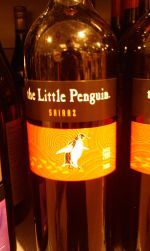 Flickr: KevanVWhile Microsoft has been busy tooting its own horn over its dominance of the netbook space (a market where it held something like a 10% market share in late 2007), ABI Research suggests that by 2012 most netbooks will be running Linux or mobile operating systems like Google Android, Maemo, or Windows Mobile.

The logic goes something like this: What we think of as netbooks today are going to split into two distinct markets. At the top end you’ll have devices much like those that are around today, which are basically small underpowered computers capable of running Windows, OS X, or Linux and handling most desktop apps. At the lower end you’ll have small clamshell style devices with keyboards, screens, and super-low power ARM-based processors that can run for 10, 20 or more hours per charge. But they won’t be able to run Windows. So they’ll have to run an operating system that’s optimized for ARM processors, like Linux, Android, Maemo, or Windows Mobile.

This scenario is entirely possible. ARM processors are cheaper than most Intel, AMD, or VIA CPUs and they consume less power. Meanwhile, recent developments from ARM are making the chips better at multitasking and handling video and wireless connectivity. You’ll probably never play Crysis or run Photoshop on a netbook with an ARM processor. But you should be able to surf the web and watch some video.

But there are two things that make me wonder whether ABI Research and all the companies getting ready to release ARM-based netbooks have it wrong.

First, while Windows doesn’t run on ARM processors today, I don’t see why Microsoft wouldn’t either develop a port for ARM by 2012 or develop a more powerful version of Windows Mobile that can do more of the things you would expect from a full desktop operating system. If the market really does move toward low cost ARM powered devices, I can’t imagine that Microsoft would want to just sit things out and let other operating systems begin to dominate the market.

Second, I’m not convinced that low power ARM based netbooks are the next big thing. While the idea of all-day computing without a big chunky battery is certainly appealing, I think there’s a reason why netbooks are taking off today and handheld PCs with MIPS, StrongARM, and XScale devices running Windows CE and other operating systems weren’t all that popular when they were more widely available a few years ago. And that’s because while “instant on” light-weight devices are attractive to some people, everybody who looks at a netbook get what it is and what it does. It’s a computer.

What do you think? are ARM based netbooks with light weight operating systems the next big thing? Or would you rather have a full computer? Will the netbooks of tomorrow be competing with laptops or with cellphones?