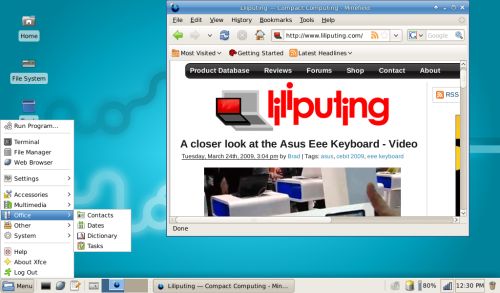 Moblin is a Linux distribution designed for netbooks and MIDs or Mobile Internet Devices. The project is backed by Intel, and the goal is to create a light weight and speedy Linux environment for low power computers.

The Moblin team released a second public beta version of the operating system today. And unlike the build that was released in January, Moblin v2 Alpha 2 is actually pretty usable as a netbook operating system. The latest update includes support for MSI Wind netbooks and updates to the kernel and XFCE and Gnome desktop environments. There are also a ton of bug fixes and updates to the user interface.

Moblin v2 Alpha 2 has been tested on the Acer Aspire One, Dell Inspiron Mini 9, MSI Wind, and Asus Eee PC 901. I also gave it a try on an Eee PC 1000HE and found it ran smoothly and detected the wireless network card without any difficulty.