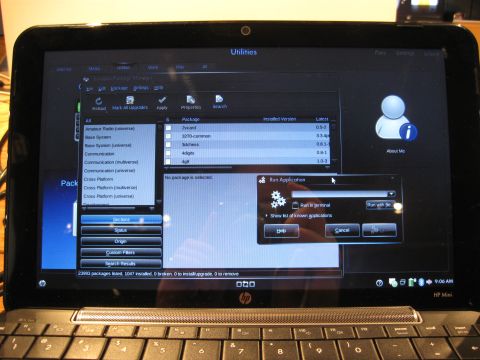 A year and a half ago you would have been hard pressed to find a netbook (defined as a 10 inch or small mini-laptop for around $400) that came with Windows XP. The original Asus Eee PC 701, Everex Cloudbook, and other early netbooks all ran Linux. Today, 90% of all mini-laptops sold in the US are running Windows. That’s according to a report from NPD Group that looked at netbook sales in November, December, and January.

Now, it’s possible that there are more machines shipping with Linux overseas. But for a product class that started out as 100% Linux territory, a lot has changed in the last 18 months or so. Part of the reason for this is that consumers are more familiar with Windows and more likely to buy machines running the operating system. But an even bigger factor was probably Microsoft’s decision to extend the life of Windows XP and offer deep deep discounts on XP licenses to netbook makers. If you had to pay $100 more for a netbook with Windows than for a Linux model, I’m not sure Windows netbooks would have become so popular. But in many cases you can buy a mini-laptop with Windows XP for just $20 or $30 more than the Linux version, and you often get a larger hard drive in the deal.