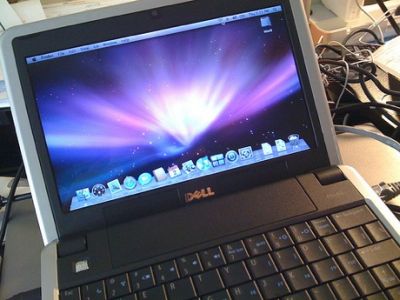 Pundits have been insisting for months that Apple has to produce a netbook. At a time when overall computer sales are shrinking, netbook shipments are growing. Budget machines look awfully attractive in the midst of a recession. But Apple has never been known for making budget machines. In fact, quite the opposite. And so those pundits have been predicting that Apple stands to lose a whole lot of money if it doesn’t produce something that appeals to the same price-conscious shoppers that have been picking up netbooks in droves.

I’ve remained skeptical. After all, Apple customers have shown time and again that they’re more interested in quality than price point. They’ve been willing to pay for hardware and software that they see as superior. If Apple starts making cheap machines now and customers are happy with them, it might be hard to go back to charging premium prices down the road.

But that doesn’t mean Apple isn’t working on a netbook. I’m just going to predict that if and when we see an Apple product with a 10 inch display, it’s going to offer limited functionality. And that’s not because you can’t run a full version of OS X on a small machine with a slow processor. We’ve already seen that you can. It’s because Apple won’t want you to think of its netbook (or Macbook Mini, or iNetbook or whatever Apple will call it) as an alternative to a MacBook, but rather as a complement.

OK, now that I’ve got that out of my system, here’s today’s rumor (based on a bit of a game of telephone). DigiTimes reports that Commercial Times is reporting that Taiwanese company Wintek is producing touch panels for Apple. As if that wasn’t vague enough for you, Wintek says it’s not sure what those panels will be used for. But apparently Commercial Times reports that Apple has tapped Quanta to build a netbook. The Wintek touch panels will ship in the second half of 2009, which means we could see an Apple netbook, tablet, or something else before the end of the year.

Update: The Dow Jones Newswire has confirmed the information from DigiTimes, and reports that the laptops will likely have screens between 9.7 and 10 inches in size.

21 replies on “Is Apple working on a touchscreen netbook for 2009?”