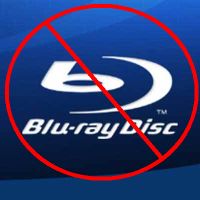 Intel’s upcoming GN40 chipset is designed to provide improved HD video playback. But what exactly does that mean? You can already watch plenty of 720p content on a netbook with an Intel Atom N270 CPU and 945GSE chipset.

According to Fuzilla, an Intel product manager says the new Intel Atom N280/GN40 chipset will be able to handle 1080p playback. But it is not designed to decode Blu-Ray discs. In other words, you’ll be able to stream 1080p videos over the internet or watch high quality files stored on your hard drive. But the chipset won’t be able to keep up with Blu-Ray playback.

If you’ve got a netbook, that’s probably not a big deal. After all, most netbooks don’t have optical disc drives at all. And were you really planning on carrying around a USB Blu-Ray drive to plug in?

But if you were planning on picking up a nettop (or low power desktop) with the N280/GN40 combo and using it as a video player, you might want to hold out for NVIDIA’s ION platform to arrive. NVIDIA plans to pair a GeForce graphics processor with an Intel Atom CPU to deliver higher performance graphics. Machines with the ION chipset will probably cost a bit more than Intel-only hardware. And they’ll consume a little more electricity. But they should also be able to handle Blu-Ray playback.