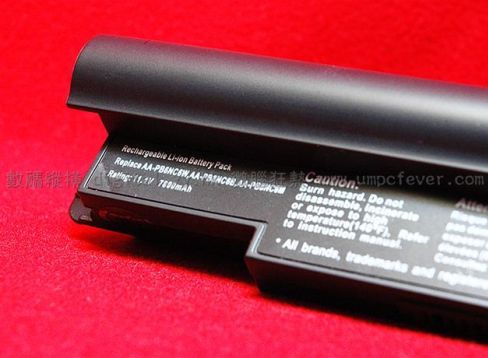 Samsung doesn’t officially sell a 9 cell battery for the NC10 netbook. But you can pick up some third party 9 cell batteries on eBay for just under $100.

While third party batteries can be flaky sometimes, often providing less run time than you’d expect or dying altogether shortly after your purchase, the folks at UMPC Fever have run some tests on the Samsung NC10 9 cell batteries, and the results look promising. A typical 6 cell battery last for between around 5 hours and 8 hours depending on how you use it. These 9 cell batteries run for between roughly 7 and 12 hours, which represents a 50% performance increase, which is pretty much what you would help for from a battery with 3 additional cells.