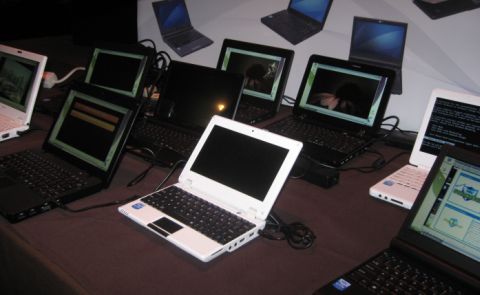 The Intel Atom CPU may get all the attention, but chip maker VIA says that about 15 percent of the netbooks on the market run their chips. Right now, most of those computers are using the 4 year old VIA C7-M processor which is very low power, but doesn’t offer great performance when it comes to multimedia or multitasking. But this year we should start seeing devices that take advantage of the new VIA Nano CPU which uses more power but also offers vastly improved performance.

The Nano line of processors was announced half a year ago, but the company just began showing off products using the chip at CES, including several netbooks from Chinese manufacturers. Samsung was also showing a UMPC with a VIA Nano CPU on the show floor.

I got a chance to catch up with VIA’s Tim Brown at the show and ask him about where we can expect to see the Nano CPU pop up. You can see his answer in the video after the break.