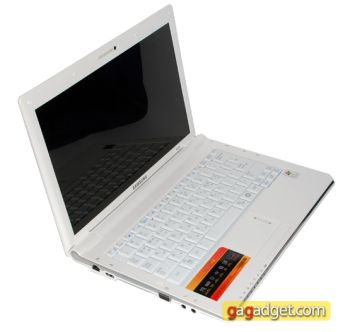 The Samsung NC10 may be making waves in the US and Europe due to the netbook’s combination of good build quality and excellent battery life. But the NC10 apparently isn’t availble in Ukraine yet. But you know what is? The Samsung NC20, which is sort of like the NC10’s big brother. The folks at tech site GaGadget managed to get their hands on a Samsung NC20 and they’ve published a ton of information about the upcoming laptop with a 12.1 inch screen. While it’s probably too big to call a netbook, the laptop has a couple of features that should make it interesting to those following the netbook space, not the least of which is the fact that this is one of the first computers to use the new VIA Nano processor.

For the complete review, which includes some benchmarks and a ton of pictures, make sure to check out the GaGadget review.

It looks like the N20 is also making its way to Germany, where Netbok News.de reports the computer is already starting to show up in online retail shops for about 499 Euros or $659 US. That’s about 110 Euros more than the Samsung NC10 which sells for about  389 Euros or $514 in Germany right now.

3 replies on “Samsung NC20 pops up in Germany, Ukraine”