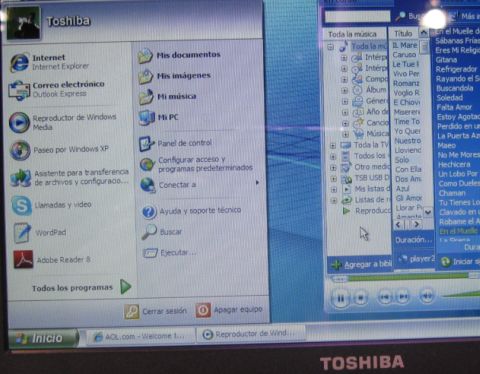 Yesterday CNet reported that Toshiba hasn’t yet decided whether to release its NB100/NB105 netbook in the US. The mini-laptop is currently available in Europe and Latin America, but not in the US.

So I decided to stop by the Toshiba booth and see what I could see. And you know what? The Toshiba netbooks on display at CES are all running a version of Windows XP with Spanish. Something tells me that if the company was planning to bring the machines to the US anytime soon someone would have installed a localized version of Windows XP with English on the demo units before bringing them to the largest consumer electronics show in the United States.

In other words, it’s certainly possible that Toshiba could eventually start selling the NB100 here, but I doubt we’ll see it happen within the next few months.