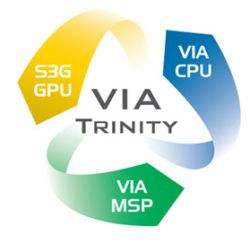 NVIDIA isn’t the only company promising to bring HD graphics to netbooks. VIA has announced the new VIA Trinity platform which puts together  a VIA Nano or VIA C7 CPU with a VIA integrated Media System Processor and and onboard S3 Graphics chip.

Of course, VIA has been pairing its CPUs with S3 GPUs for a while now, with less than impressive results. The HP 2133 Mini-Note netbook, for example, is barely capable of handling Hulu videos in full screen mode. But VIA says the new platform wll be able to handle DirectX 10.1, HD video, and playback of Blu-Ray disks. So I’ll reserve judgement until I see how Trinity-powered machines run for myself.

One reply on “VIA will offer HD graphics for netbooks too”