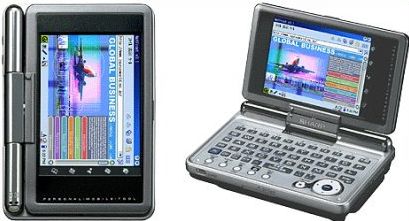 Long before the OLPC XO Laptop was just a twinkle in Nicholas Negroponte’s eye, Sharp was putting out tiny clamshell devices running Linux that were even capable of running some desktop apps with a little elbow grease.

Around a year ago Sharp announced that it would be killing off the Sharp Zaurus line of PDAs/mini-computers. But apparently the company kept producing Zaurus devices up until recently. Today Akihabara News reports that the products have officially been discontinued.

As we’ve seen with the Apple Newton, just because a company stops making a device doesn’t mean that the user base will give up on it. A bunch of Zaurus user communities have popped up over the years and there are a number of alternate ROMs available for the devices. While Sharp will no longer be manufacturing new hardware, I imagine we’ll continue to see new software for the Zaurus for a while.

I’ve been tempted to pick one up for myself many times over the years. But I’m really no good at typing with my thumbs. I still keep a Dell Axim X50v Windows Mobile PDA in my pocket and I’ve found that netbooks like the Asus Eee PC 1000H satisfy my need for a small computer with a QWERTY keyboard.

One reply on “Sharp pulls the plug on Zaurus PDA line”