Sure, it’s a bit late to be doing your Christmas shopping today. But many of you might be waking up to a shiny new gift card tomorrow. Or perhaps you’ve got birthdays, anniversary’s or other gift-giving occasions coming up soon. And while there have been a lot of gift guides written over the last few months offering suggestions for anyone shopping for a netbook, I just had another thought: A lot of you already have netbooks and aren’t planning on trading them in for newer models just yet. So here’s a brief gift guide focusing on mini-laptop accessories. 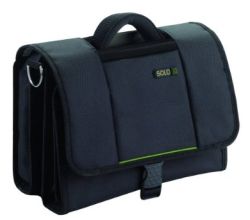 Some netbook makers include a slip cover with the laptop. Some don’t. Either way, if you want some serious protection for your little laptop, you’re probably going to want to pick up a third party case. One of the best looking cases I’ve seen so far is the Solo Tech Netbook Messenger bag

, which is available for $35 from Amazon. This case should be roomy enough for any notebook with an 11″ or smaller screen. Plus it’s TSA-approved, which could come in handy if you’re a frequent flyer.

You can also find an assortment of other cases designed for netbooks including the Dell Inspiron Mini 9 to the MSI Wind U100 and several different Asus Eee PC netbooks in the Liliputing Shop.

Most netbooks have some sort of touchpad. But they tend to be small, and while it might seem silly to carry around an extra accessory like a mouse with an ultraportable laptop that

weighs less than 3 pounds, I have to say that my Eee PC 1000H feels like an entirely different machine when I plug in my travel mouse. I’m just far more productive with a mouse than a touchpad.

Travel mice tend to be smaller and lighter than a mouse designed for use with a desktop or larger laptop computer. Many wired USB mice come with retractable cords. Or if you’d rather avoid the wires altogether you can look for a wireless mouse. And you can generally pick up a wireless travel mouse for under $30

While many netbooks come with webcams and built in microphones for making voice and video calls using Skype and other VoIP services, the microphones have a tendency to stink. Like seriously, seriously stink. If you actually want people on the other end of the call to hear you talking you might want to think about picking up a plugin microphone or headset. I’m 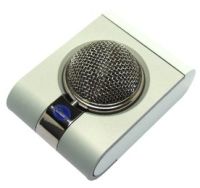 partial to USB peripherals, which bypass the relatively cheap mic inputs on most notebooks, but even a headset that plugs into the mic jack is likely going to sound ten times better than the built in mic.

is a sturdy little mic from Blue Microphones, the makers of the popular Snowball USB Mic

. The Snowflake is both smaller and cheaper than the Snowball, selling for about $50.

You can also find a number of USB headsets that provide decent voice quality at a cheaper price. Plantronics and Logitech both offer a number of headsets for $30 or less 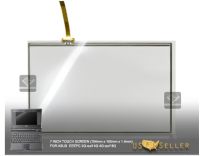 If you’re buying a present for someone who doesn’t plan to just use a netbook, but plans to hack the heck out of it until it does absolutely everything they want, you might want to think about picking up a touchscreen kit.

Fidohub sells a series of solderless touchscreen kits on eBay for netbooks including the Asus Eee PC 1000H, MSI Wind U100 and Samsung NC10. Prices range from around $5o to around $100.

If you dig around, you can find other touchscreen kits for 7 inch netbooks like the Asus Eee PC 701 for even less.