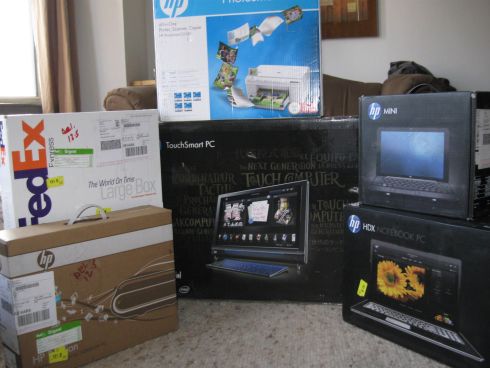 I just had a visit from a friendly FedEx driver who was kind enough to drop off $6,000 in gear from HP and Microsoft. Unfortunately, I don’t get to keep it. Instead I’ll be reviewing the HP Mini 1000 netbook over the next few days and maybe some of the other items in the bundle and then next week I’ll be launching a contest where one lucky Liliputing reader can win the whole bundle of hardware and software, which includes:

Don’t forget, 50 blogs are participating in this promotion, which means you have 50 chances to win. And while my contest won’t begin until next week, a number of sites have already begun their promotions. Check out the HP Magic GiveAway site for more details.