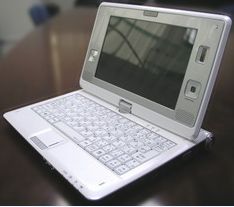 Taiwanese notebook maker Clevo will apparently introduce a whole slew of notebooks at CeBIT in Germany in March, including three netbooks powered by Intel Atom processors and sporting 7 to 10 inch displays. The folks at the Notebook Review forums have the details, but here are some of the highlights:

No word on pricing or what countries these netbooks will be available in.

One reply on “Clevo to introduce 4 netbooks in March”