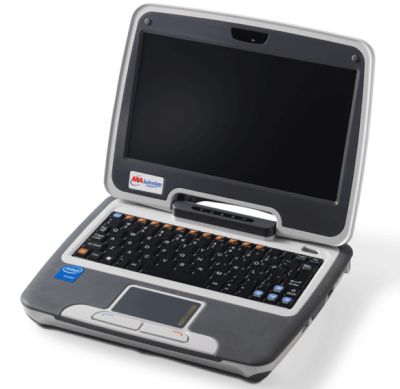 Looking for a netbook based on the Intel Classmate design, but don’t happen to be a government or educational institution looking to place a bulk order? M&A Technology is selling the Companion PC for about $449. (Yes, I know that the link shows a $499.99 price, but you can pick one up from the M&A shop for $449).

That’s about the same price as the nearly identical CTL 2Go PC. But while the Companion PC comes with Windows XP, the 2Go comes in Windows and Linux versions, with the Linux model selling for just $399.

The M&A Companion PC has a 40GB hard drive while the CTL 2Go PC has a 30GB HDD. And while the official product pages for each computer lists a 1.6GHz Intel Atom CPU, Amazon is still selling a CTL 2Go PC

with a 900MHz Celeron processor for $449. I suspect this model will be swapped out for the Atom-equipped version which should provide improved battery life soon.

One reply on “M&A Companion PC: Another Classmate PC”