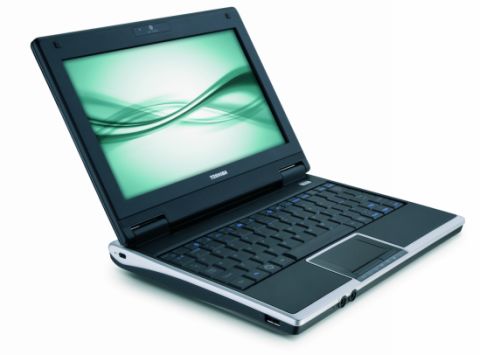 It looks like it’s official. Toshiba is entering the netbook market with a low cost ultraportable that apparently goes by the name of the Toshiba Satellite NB105. While Toshiba has yet to make a formal anouncement in the US, Europe, or Asia as far as I can tell, the company has begun talking about the NB105 in Mexico.

Toshiba’s little computer will be virtually identical to the majority of netbooks released over the last few months. It has an 8.9 inch, 1024 x 600 pixel display, a 1.6Ghz Intel Atom CPU, and a 120GB hard drive. The laptop will also sport a webcam, WiFi, and Bluetooth and will run Windows XP.

The NB105 should be available in Mexico by November and should retail for 6000 pesos or less, which is about $560 US. According to at least one report, Toshiba is billing this as a PC that’s capable of being a primary computer, unlike other netbooks. This makes sense as a sales strategy in a country like Mexico  where many customers might not be able to afford multiple computers. In the US, netbooks are more likely to be sold as second or third computers. But to be honest, the pitch rings a bit hollow when you realize that Toshiba doesn’t seem to be offering anything that you can’t find from other netbooks like the Asus Eee PC, Dell Inspiron Mini, or MSI Wind.

Still, the Toshiba Satellite NB105 is one of the most attractive looking netbooks I’ve seen thanks to an attractive color scheme and… well yeah, that might be it. The keyboard doesn’t look like anything to write home about. It has a reduced size right-shift key, which I know is a pet peeve for many netbook users.