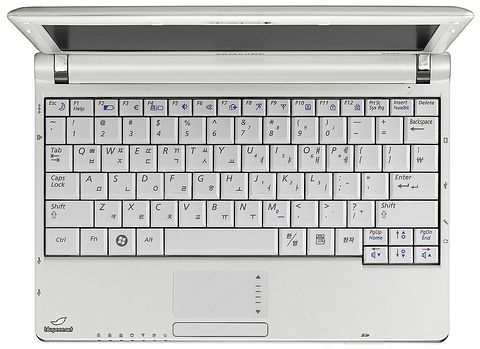 One of the first things that caught my attention when pictures of the upcoming Samsung NC10 netbook began to surface was its keyboard. While many netbooks attempt to save space by consolidating some keys and shrinking some others, the NC10’s 84 key keyboard doesn’t seem to make many compromises.

French site Blogeee scored some new high resolution images of the Samsung NC10, and I have to say it’s looking good. Blogeee also uncovered a few new details about the netbook, like the fact that the computer will support an external display with a maximum resolution up to 2048 x 1536 and 85Hz, has HD audio, and a 1.3MP camera.

18 replies on “Samsung NC10 might have best netbook keyboard ever”