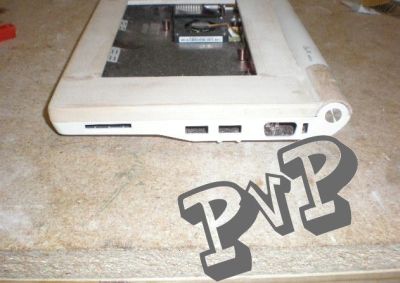 PSPMod and EeeUser forum member PvP_lostknight is designing a kit for converting a standard clamshell-shaped Eee PC into a tablet PC. The kit, which is available for pre-order for $60 includes a base for the computer but does not include a touchscreen. You’ll have to purcahse that separately.

The project has been plagued with a bit of controversy. PvP first announced his design over a month ago at the EeeUser forums, saying the kit would be available by September 1st. But he was slow to provide any images and even now, the only pictures available show a prototype, not a finished product. So order with care. But it does appear that folks who placed early orders were able to get refunds, so it doesn’t look like there’s anything dishonest going on. It just takes a while to bring a kit like this to market.