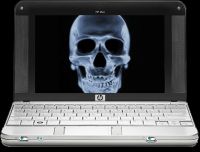 While it probably takes more than three reports to make a trend, at least three HP Mini-Note owners have reported that their tiny laptops have up and died on them and required a trip back to the HP repair center. Apparently what happens is the screen goes dark and that’s the end of it. While the power LED might go bright when you try to turn the unit on, the screen stays dark. One user says HP told him the issue was a motherboard power failure.

I’ve been using an HP 2133 Mini-Note for about four months now and I haven’t had any major problems, other than the fact that the VIA C7-M CPU isn’t particularly fond of multi-tasking. So your results may vary. It’s possible there was a bad batch of motherboards. Or maybe if you sell enough computers, a few customers are bound to have hardware failures.