Want to build your own tablet, slap together a media center, or build an Android or Linux-based computer with one of the most powerful ARM-based chips available? The latest Arndale Developer board is one of the first devices of its type to sport a Samsung Exynos 5420 octa-core processor.

It’s available for pre-order from PyrusTek for $179, and HowChip expects to have the new board in stock soon as well. 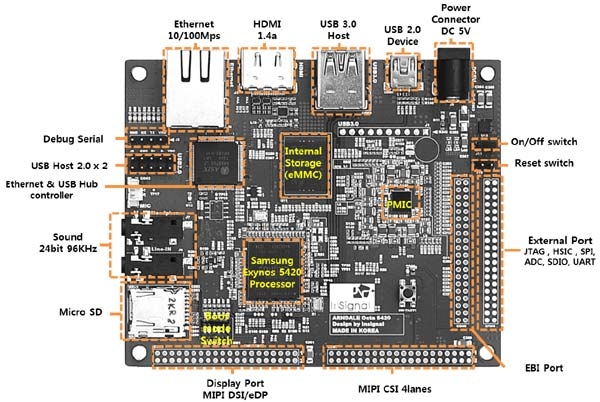 Samsung’s Exynos 5420 processor is an 8-core chip with 4 ARM Cortex-A15 processor cores and 4 ARM Cortex-A7 processors. Tasks can use up to all 8 cores at once, or they can use just one set of cores at a time to save power, thanks to ARM’s big.LITTLE technology. 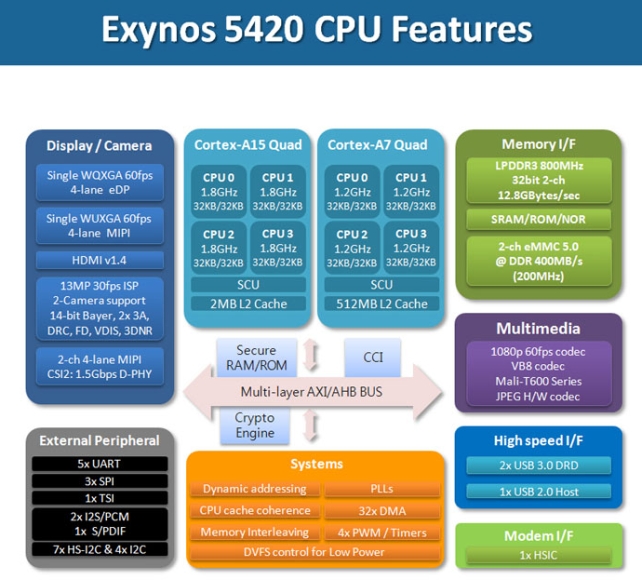 The Arndale board is aimed at developers, not casual users, and it features a range of developer-friendly features including connectors for peripherals and debugging equipment. But you could also build a pretty decent little ARM-based computer out of the board.

You can run Android or Ubuntu Linux on the board, and with a starting price of $179 (for early customers anyway), it’s actually cheaper than the $249 dual-core model which came out last year, and which is still available from HowChip.

The price is expected to go up to $199 for the new board after the first 1000 units are sold, but that’s still cheaper than last year’s model.