The Asus Zenbook 17 Fold OLED is a large tablet with a 17.3 inch display… or a weird laptop with two 12.5 inch displays, including one that you can optionally cover with a physical keyboard.

First unveiled in January and kinda/sorta launched in August, the Asus Zenbook 17 Fold OLED is now available for pre-order for $3500. 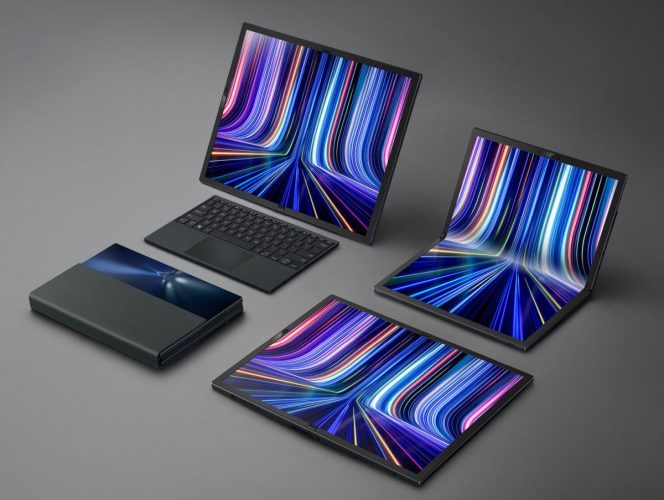 The computer is powered by an Intel Core i7-1250U processor, which is a low-power 10-core, 12-thread chip with Intel Iris Xe graphics. Designed to consume between 9 and 29 watts of power, it’s an energy-efficient chip that might not offer all the performance you’d normally expect from a computer in this price range.

But what you’re paying for here is the big, high-res, foldable OLED display. And the processor should deliver much better performance than the Intel Lakefield chip that powered the first-gen Lenovo ThinkPad X1 Fold which was the first foldable OLED laptop/tablet hybrid to ship when it hit the streets in 2020. 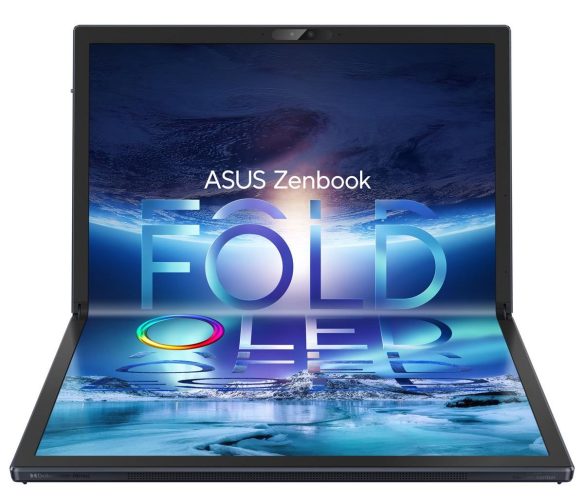 You can hold the Zenbook 17 Fold OLED in your hands like a tablet or use the built-in leather kickstand to prop it up for use with a wired or wireless keyboard as if it were a portable desktop computer. But you can also fold the system at the center and use it like a laptop.

When folded, you effectively have two 12.5 inch, 1920 x 1280 pixel screens, each with a 3:2 aspect ratio. You can use the bottom screen as a virtual keyboard, drawing pad, or other input device. Or you can slap the Asus ErgoSense Bluetooth keyboard atop the bottom screen and use the system more like a traditional laptop. 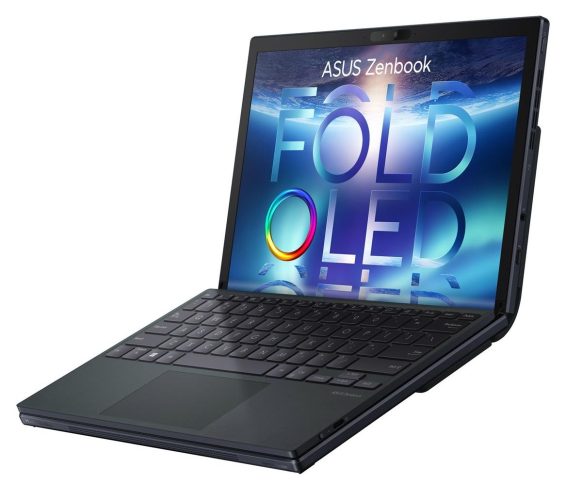 That model will also be a little lighter, weighing just 2.8 pounds, while offering an extra USB 3.2 Gen 2 port (but no headphone jack), and optional support for 5G. But the entry-level version of Lenovo’s new foldable will likely have an Intel Core i5 processor and just a 48 Wh battery.

For now the Asus Zenbook 17 Fold OLED is pretty much in a category of its own. It’s available for pre-order from B&H, and there are coming soon pages at Newegg and Adorama. Asus has also indicate that the computer will eventually be available from Amazon as well.

press release via The Verge