The HP Slate 7 is an unremarkable, but inexpensive 7 inch Android tablet. It’s expected to go on sale int he US in April for $169.

This week the tablet made an appearance at the FCC website on its way to store shelves. 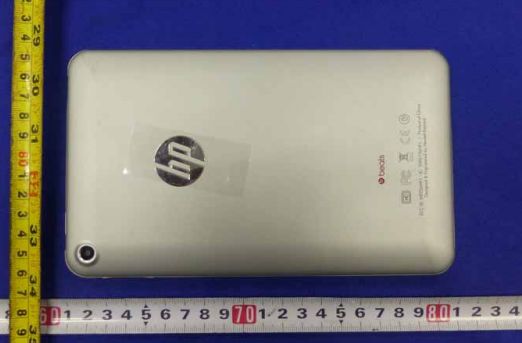 This is hardly the first tablet from HP. The company currently offers several Windows 8 tablets, and a few years ago HP spent over a billion dollars to purchase Palm. That acquisition led to the short-lived HP TouchPad 9.7 inch tablet with webOS software. It  was discontinued just months after it was launched, due to sluggish sales.

While HP’s new Slate 7 tablet doesn’t exactly have bleeding edge hardware or software, it does have a decent price. That plus the HP brand might be enough to help it compete with other low cost tablets such as the Google Nexus 7, Amazon Kindle Fire HD, and dozens of cheap Chinese tablets (which have surprisingly similar hardware to the Slate 7).