Along with the new $99 Amazon Echo smart speaker, $130 Echo Spot device, and $70 Fire TV with 4K support, Amazon is launching a new premium Echo device called… the Echo Plus.

It’s basically an Amazon Echo smart speaker + smart home hub all built into a single device that looks a lot like the original Echo. But with a $149 price tag, it’s cheaper than the original Echo, even though it does more.

The Echo Plus goes up for pre-order today and ships October 31st. 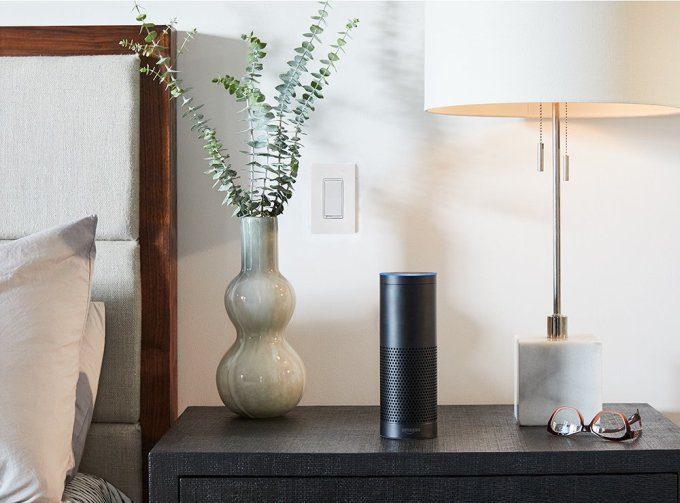 While the 2nd-gen Echo is shorter than its predecessor and comes in a fabric-covered case, the Echo Plus looks… a lot like the original Echo.

It supports Dolby audio and has the new mic array featured in the $99 Echo.

But you don’t need to install any third-party skills to use it as a controller for supported smart home products. For example, it can discover and set up nearby devices like smart light bulbs using the Zigbee wireless protocol, allowing you to control the lights with your voice.

In fact, when you buy an Echo Plus, you’ll get a Philips Hue smart bulb thrown in for no additional cost.

In addition to supporting smart home products, the Echo Plus also supports a new Alexa feature called “Routines” that will let you “automated a series of customizable actions using a single voice command.” For instance, you can say “Alexa, good morning” to turn on the lights and get a weather forecast or “Alexa, good night” to turn off the lights and lock the doors.”

Routines are also supported on the Echo Show, Echo Dot, and 1st and 2nd-gen Echo speakers.

via Amazon, The Verge and TechCrunch