The Archos Arnova FamilyPad is a tablet with a 13.3 inch display. The tablet showed up at the FCC a few months ago, and now Archos has confirmed (via its Slovenian Facebook page), that the tablet will launch in December. 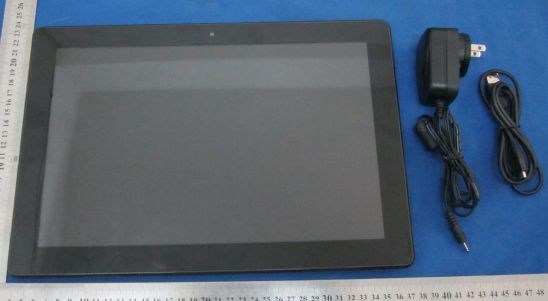 Not only will the tablet have a larger screen than most other Android tablets on the market, it will also have a higher resolution display. Archos is outfitting the tablet with a 1440 x 900 pixel screen.

Update: It looks like at least some models will ship with 1280 x 800 pixel screens.

It will come with 16GB of flash storage, a 10,500mAh battery, HDMI and USB ports, and front-and-rear cameras.

There’s still no word on the price tag, but Archos tends to use the Arnova brand for its cheapest tablets, so I wouldn’t expect this to be a high-end device. The relatively slow processor is also a bit of a giveaway.

While Archos hasn’t confirmed the CPU, the model that made its way through the FCC recently had a 1 GHz Allwinner A10 ARM Cortex-A8 single core CPU.