Google is launching a WiFi router, cleverly called Google WiFi. While the company had worked with TP-Link and Asus to launch OnHub routers in the past, the new Google WiFi router is designed and sold directly by Google.

It’s a modular router system too… so you can buy one router and put it in a central location in your home. But you can also buy multiple units and they’ll work together to ensure your wireless signal permeates a larger space.

Google WiFi goes up for pre-order in November and should begin shipping in December. 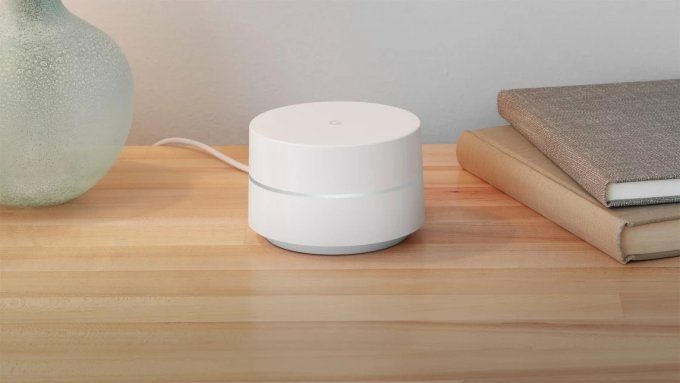 The goal is to provide a way not only to get a wireless signal throughout your home, but also to help avoid network congestion. The router includes a “Network Assist” feature that should automatically manage your network for performance in the background.

But you can also run an app on your phone to make adjustments manually — and you can even use it to manage your kids’ WiFi access (pause a device to get them to stop watching a video, for instance).

While Google is playing up the router’s ease of use, those who are more interested in the specs might like to know that the router supports 802.11ac AC1200 2X2 dual-band wireless, features 2 Gigabit Ethernet ports, has 512MB of DDR3L memory, 4GB of eMMC flash, and has a 710 MHz quad-core processor.

Update: Already have an OnHub router? You can set it up to work with one of the new Google WiFi routers to support mesh networking.