Over the past few years smartphone and tablet makers have ramped up the amount of storage used in their top-of-the-line smartphones. It’s not uncommon to find phones that offer 32GB of storage, and a few models even come with 64GB.

But software developers have also been ramping up the size of their apps. Some games can eat up 3GB of storage or more in one fell swoop.

So Samsung is preparing for the next stage in the storage wars by building a new 128GB flash storage chip for future smartphones. 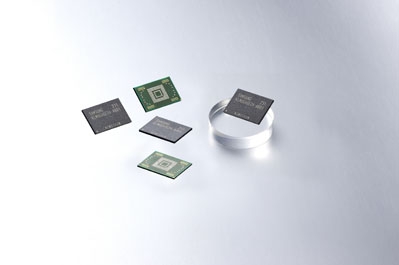 The new eMMC (embeded multimedia card) will be able to hold 15 full-length HD movies at 8GB each, with 8GB left over for the operating system and apps.

In other words, you might not need a microSD card… unless apps continue getting even bigger, or you decide to store some 4K resolution videos on your phone for some reason.

Samsung says the new chips offer read speeds up to 140 MB/s and write speeds up to 50MB/s. That’s not as fast as a good SSD designed for laptop or desktop computers, but it’s five times faster than a Class 10 SDHC card.