Lenovo’s Yoga Book was one of the most unusual laptops to launch in 2016. The 1.5 pound computer features a 10 inch touchscreen display and a 360 degree hinge that allows you to hold the machine like a notebook or a tablet. But instead of a physical keyboard, it has pressure-sensitive Wacom graphics tablet/digitizer that you can use as a touchpad, virtual keyboard, or writing surface.

But Lenovo made it clear when the first Yoga Book devices launched that they were just the first in a whole line of products. Now it seems we may have a first look at another model in the Yoga Book line.

An unannounced Yoga Book 12.2 inch convertible showed up at Amazon this week, with a $300 price tag. 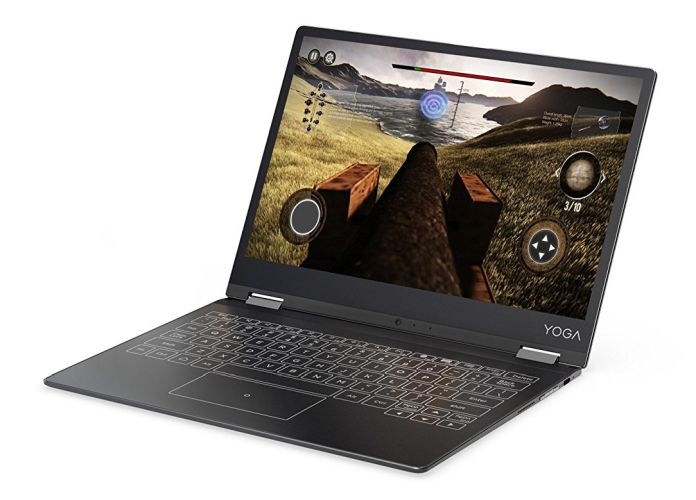 This model is larger and heavier than the 10.1 inch version, weighing in at 2.2 pounds. But it’s still a svelte device, measuring just 0.43 inches thick.

If you’re wondering why the 12.2 inch model is cheaper than it smaller siblings, that’s because it has inferior specs.

The model listed by Amazon is running Google Android software, but it’s possible a higher-priced Windows model may also be on the way.