There are dozens, of not hundreds of cheap tablets on the market. Many run Google Android software, but there are a growing number of inexpensive tablets which run Windows 8.1 software.

Last year I put together a list of 6 Windows tablets that sold for $199 or less, but I had to do a bit of digging to find them.

At the start of 2015, I found it was much easier to make a larger list of tablets… with even lower prices.

Here are 10 Windows 8.1 tablets for $150 or less, arranged alphabetically. They all have Intel processors and can handle full-screen apps from the Windows Store or desktop-style apps. Connect a keyboard and you’ve got a small laptop. Hook up an external display and you’ve got a little desktop.

There are still more tablet-friendly apps available for Android, so I’d recommend picking up an Android tablet if you’re primarily interested in playing games, enjoying media, or surfing the web on your tablet. But if you’re interested in running desktop apps as well as tablet apps, a Windows tablet is the way to go.

Note that these prices were gathered in early February, 2015. If you’re viewing this article at a later date, some prices may have changed.

Asus launched an 8 inch tablet with an Intel Atom Z3740 processor and a pressure-sensitive digital pen in 2013. A year later the company introduced a cheaper model with the same basic specs, but no pen. 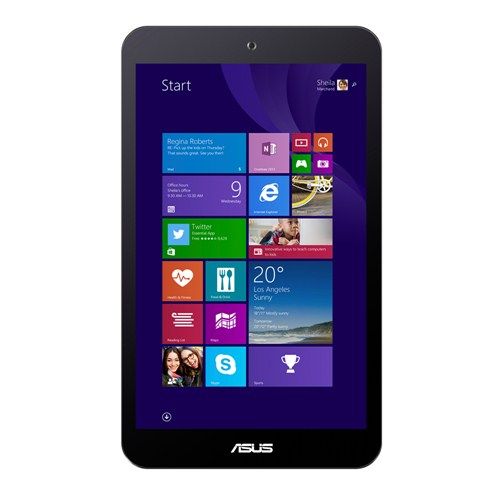 Since many of the tablets on this list have slower (but newer) Atom Z3735 processors, 1GB of RAM, and 16GB of storage, the VivoTab 8 may be one of the best tablets you can get for just $149… although it’s worth noting that this it technically a sale price. The list price is $50 higher. But this sale’s been going on for a while

HP’s Stream 7 is one of the most affordable Windows tablets from a big-name PC maker. With a list price of just $100, this little computer features a 7 inch, 1280 x 800 pixel IPS display, an Intel Atom Z3735G processor, and Windows 8.1 with Bing 32-bit software with a 1-year subscription to Office 365 Personal. 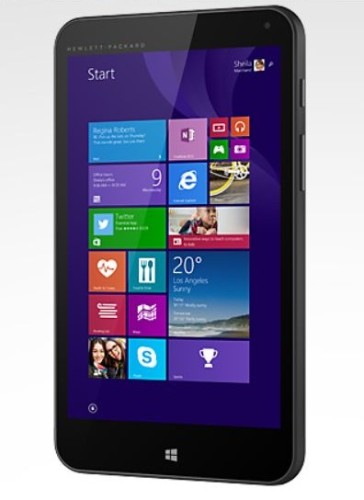 For the most part, it’s surprisingly well equipped for a tablet in this price range. But HP did make a few compromises. There’s only a mono speaker instead of stereo. It has a 2MP rear camera and 0.3MP front camera (both are fixed-focus).

Take the guts of HP’s 7 inch tablet, stuff them into an 8 inch case and make a few tweaks, and you’ve got the HP Stream 8.

This model does have a 4,000 mAh battery, stereo speakers, and Bluetooth, which the smaller tablet lacks. The rest of the features are largely the same. 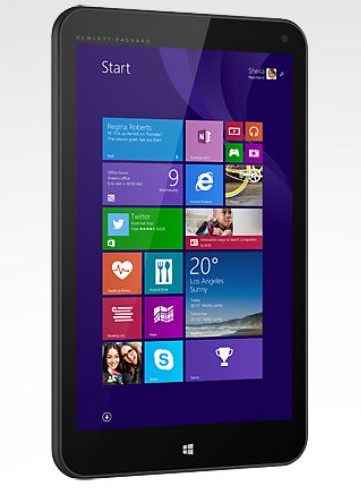 The Insignia tablet runs Windows 8.1 and includes a 1-year subscription to Office 365. 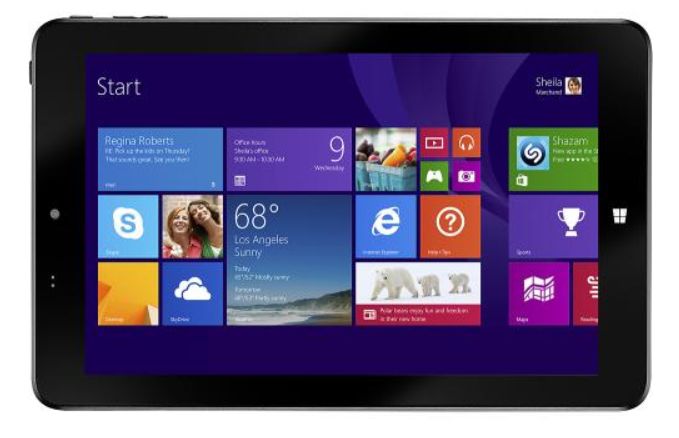 The Insignia tablet has a microSD card slot for removable storage. Unlike some devices on this list, the tablet also has a micro HDMI port.

Insignia may not be a household name, but it’s a house brand that Best Buy uses for tablets, TVs and other devices that it sells in stores, and the tablet does come with a 1-year limited warranty.

There are plenty of low-cost Windows tablets from Chinese manufacturers available from resellers that export to the United States. You can find hundreds of them at AliExpress. But if you’d rather buy from a well-known, US-based electronics retailer, Newegg has a few different cheap Windows tablets from brands you might not be familiar with. 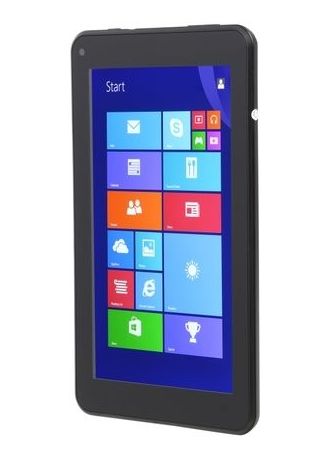 Note that the screen resolution on this tablet would ordinarily be too low to run some Windows apps, but I wouldn’t be surprised if iView used the same trick as Toshiba (see the Encore Mini description below) to get around that problem.

The best thing about this tablet is probably its low price. But it also has most of the features you’d probably want in a small tablet including a microSD card slot, WiFi, Bluetooth, and a 1-year subscription to Office 365.

Technically this tablet has a  list price of $199 and up, but Amazon is currently selling it for $120 and I’ve seen other stores offer similarly low prices from time to time. 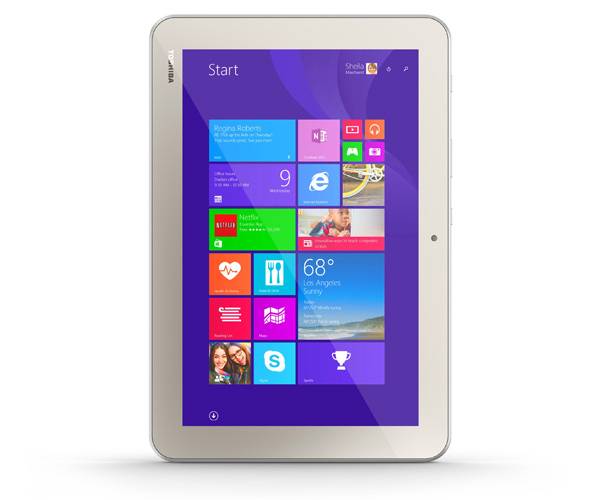 Like most other tablets in this category, the Toshiba Encore 2 runs Windows 8.1 with Bing and comes with a 1-year subscription to Office 365 Personal. 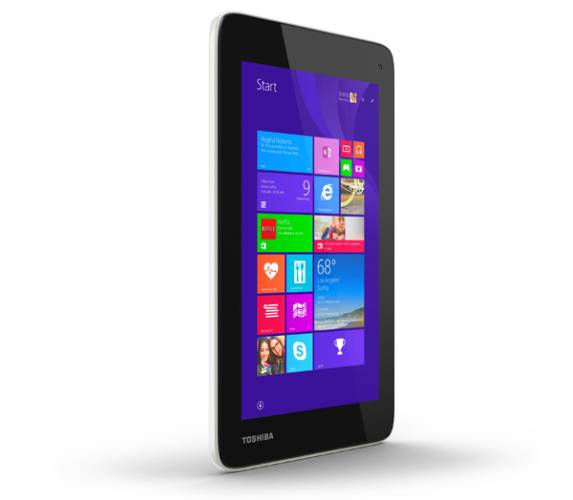 This tablet has the same Atom Z3735G processor, 1GB of RAM, and software as the 8 inch model.

But it has just 16GB of storage, lacks HDMI output, has a smaller battery, a 2MP rear camera, a 0.3MP front camera, and has a mono speaker.

Possibly the most important thing to keep in mind about this tablet is that it screen resolution is too low for some Windows features, so while the screen has a native resolution of 1024 x 600, Toshiba has adjusted it to act like a virtual 1280 x 768 pixel screen. This can cause some things to look blurry.

If you’re looking for a better deal on a 7 inch tablet and don’t mind buying a tablet from a company with less name recognition, check out the Winbook TW700 below.

This is another low-cost tablet available from Newegg. While it doesn’t have the best specs, this tablet does have one special feature: it comes with a Bluetooth keyboard. 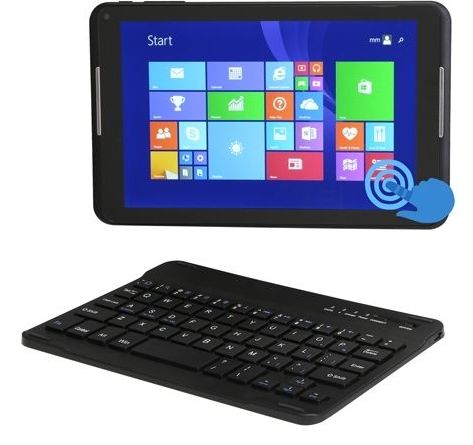 Like most tablets on this list, the tablet comes with a 1-year subscription to Microosft Office 365 Personal.

Note that while Newegg sells the tablet for $100, you may have to choose Newegg from the “more buying options” section when adding the tablet to your cart to avoid a higher-priced version from a third-party seller. You can also purchase the tablet and keyboard for $100 from Newegg’s eBay store.

This tablet is by far the cheapest on the list — but it actually has features that could make it a better choice than the 7 inch tablets from Toshiba or iView. 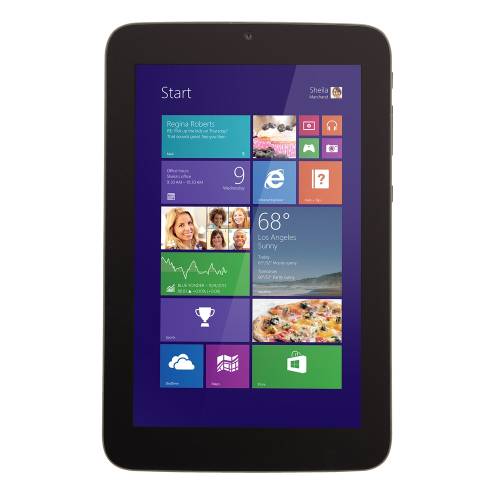 Up until relatively recently if you wanted to buy a tablet from Micro Center, you needed to walk into one of the company’s retail stores — which could be a problem, because Micro Center stores aren’t quite as ubiquitous as Best Buy locations. But Micro Center now offers shipping.

The tablet’s other features include a microSD card slot, micro HDMI port, a full-sized USB port, a micro USB port, and stereo speakers. It has 2MP front and rear cameras, WiFi and Bluetooth, and an IPS display with 5-point multitouch.

Thinking about picking up a WinBook tablet from Micro Center, but want something with slightly better specs?

There are a few different 8 inch models priced below $150. The TW802 might be the best deal.

The tablet has micro HDMI, microSD, micro USB and USB 2.0 ports, WiFi and Bluetooth, and 2MP front and rear cameras.

You can save a few bucks by picking up the WinBook TW801 instead. It’s basically the same tablet, but with an Atom Z3735D processor. And the WinBook TW800 with 1GB of RAM and 16GB of storage sells for just $100.