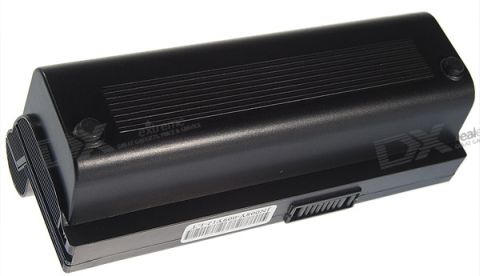 You know how sometimes people talk about all day computing and then try to stick you with a battery that gives up after 5 hours? I don’t know about you, but I consider a workday to be at least 8 hours (and usually longer). Now it looks like there’s finally a battery for the Eee PC 901/1000 series that lives up to the promise – even if it kind of kills the whole portability factor of having a netbook.

DealExtreme is selling a 12000mAh battery for Eee PC 901 and 1000 series netbooks for $61.87. To put that in perspective, the battery that came with my Eee PC 1000H is a 6 cell, 6600mAh battery. In other words, the DealExtreme battery should last nearly twice as long, and my battery is good for almost 5 hours of continuous use.