It’s been a few years since Motorola released a tablet, but it looks like the Lenovo subsidiary is getting back into the tablet. Motorola and AT&T have announced that a new 10.1 inch Moto Tab will be available from AT&T starting November 17th. 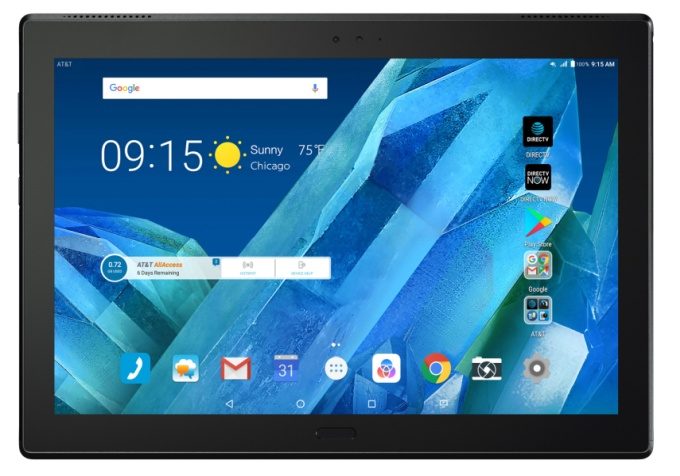 The tablet has a full HD display, a Qualcomm Snapdragon 625 processor, 2GB of RAM, 32GB of storage, a microSD card slot, and a 7.000 mAh battery.

It has stereo speakers, a fingerprint sensor, and a USB Type-C port.

Optional accessories include a “Productivity Pack” with a Bluetooth keyboard and folio case and a “Home Assistant Pack” that’s basically a 3 watt speaker with dual microphones that connects to the table to turn it into a sort of Amazon Echo/Google Home-style smart speaker.

If the Assistant Pack looks familiar, that’s probably because we’ve seen it before: it’s basically the Lenovo Home Assistant Pack that was unveiled earlier this year for $80. In fact, the promotional pictures of the Moto Tab + speaker show the Lenovo logo on the speaker.

Oh, the tablet also seems to be a rebranded version of the Lenovo Tab 4 Plus with a 10.1 inch display.

It does have built-in support for “TV Mode,” which lets you fire up a DirecTV app for watching live and recorded programs by swiping from the home screen.