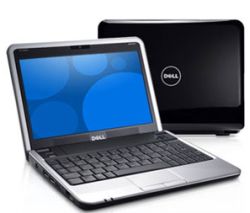 There’s been a lot of talk over the last few months about how Windows has been crushing Linux on netbooks. When Asus launched the Eee PC 701 back in 2007, it ran Xandros Linux and open source enthusiasts started proclaiming that netbooks would help Linux finally make it as a mainstream consumer-oriented operating system. It’s cheaper for computer makers to deploy and it offers much of the same functionality users have come to expect from Windows or OS X.

And then Microsoft started offering netbook makers the ability to license Windows XP well below the normal price, which meant that by mid-2008 you could usually find a mini-laptop running Windows XP for just a few bucks more than a Linux model. And over the course of the year, there was a major shift. Early in 2008, most netbooks sold ran some version of Linux. By the end of the year, somewhere around 80% were running Windows XP.

But it turns out that Linux still has a place in the netbook ecosystem. Dell officials told Laptop magazine recently that about a third of the Inspiron Mini 9 computers the company sells run Ubuntu Linux instead of Windows XP. While 33% ain’t exactly a majority, that’s a pretty big achievement for Linux, which has a huge market share when it comes to servers, but is much less popular on desktop and laptop computers.

My guess is there are two reasons for the popularity of Linux Inspiron Mini 9 netbooks: They’re dirt cheap, and Dell actually did a pretty good job of making sure Ubuntu worked properly with the hardware before shipping the computers. MSI has reported that return rates for Linux versions of its Wind netbooks are much higher than the retuns of Windows powered netbooks. But MSI also shipped the Wind U90 with a version of SUSE Linux Enterprise Desktop that didn’t seem to work very well.