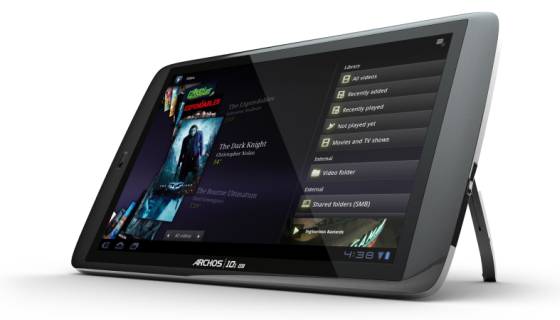 As promised (although a little behind schedule), Archos has rolled out a new version of the Archos 101 G9 tablet with a slight spec bump. The 10 inch tablet initially shipped with a 1 GHz TI OMAP4 dual core processor. Now it’s also available with a faster 1.2 GHz OMAP4 chip.

Aside from the new processor, the Archos 101 G9 Turbo looks a lot like the original model. It has a 10.1 inch, 1280 x 800 pixel capacitive multitouch display and runs Google Android 3.2 Honeycomb.

The tablet has 16GB of storage, GPS, a G-Sensor, and compass. It has a speaker and mic, and a front-facing 720p camera. The tablet can support a wide range of media formats including MP3, WAV, AAC, OGG Vorbis audio files and and FLAC, MKV, MP4, H.264, FLV, and video files.